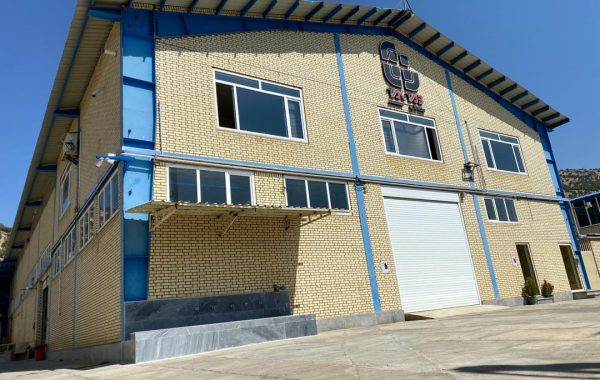 On September 27, 2020, the TV group of kurdstan Provincial chanel, on the occasion of the year of production leap and also due to the significant growth of domestic production in this city, by a program called “gashai barham” to prepare a report on the production process at the Baneh city and industrial park referred to Kania Noor Barzin Zagros Company (Tak Tab factory).

Mr. Rahmani, the esteemed CEO of this company, as one of the entrepreneurs of this city, said that Kanya Noor Barzin Zagros Company received a land with an area of 2100 square meters in 1396, and after a year, its construction was completed and in 1398, it was officially exploitation license. He said that at the beginning they started working with 29 staff and during different stages they reached 137 insured workers and due to issues and problems related to Corona, the workforce was adjusted and the number was reduced to 112 people. He pointed out that this number of worker is not the full capacity of the factory and the factory has a capacity of 150 people and more

Mr. Rezaei, the standard expert of Baneh city in the field of product quality and the process of supervising them, said that the production units, after obtaining the necessary permits (construction and exploitation license) from the Department of Industry and Mining, referred to the Standard Office and after completing the documents and loading. In the system, we refer to the relevant production unit by the standard office on behalf of this office and start sampling according to the requirements of the standard.

Preventing excessive imports more than before, provides more desire and interest to produce domestic goods, and on the other hand, this helps to attract more labor. By preventing excessive imports, the government can create interest in domestic producers. In this regard, Mr. Rahmani said that the target market of our factory is to meet domestic needs, in this regard, we have offered 22 different products to the market, and in the next phases, the company’s goal is to produce rope completely domestically.

Ms. Azimi, a health and safety expert of the factory, stated in relation to the measures taken in the field of safety, by identifying the evaluation and control of harmful factors in the production process and using engineering parameters, they were able to implement a safety operational plan. He further stated that the necessary training related to Corona, in addition to face-to-face methods, has been provided to the personnel in the form of training booklets, and fortunately, with the cooperation of the management unit and the factory staff, the transmission chain has been cut.

In the last word, Mr. Rahmani thanked the Industry and Mining Organization of Kurdistan Province as a capable arm of the factory in solving problems, and by saying that “the pleasure of production is higher than the pleasure of accumulating capital”, he called on capable investors to take a step  toward job creation and Forming a family for young people . 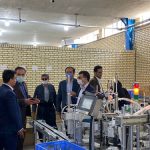